You are here: Home / PARTNERS

Caucasus International was born in the post-soviet era in Azerbaijan, Kazakhstan and Georgia where scrap metals including both copper and steel became abundant in central Asian countries. Over the next twenty years, Caucasus International diversified its portfolio to include construction materials and equipment while retaining its core service as a scrap metals supplier. In this time, Caucasus also relocated its operations to South Korea until 2006 and then to the United States, and currently mainly sources scrap materials in the US. We are currently headquartered in the Capital Area of Virginia. Caucasus has also opened a second office for it in Morocco.
A brief glance at Caucasus’s history in the industry; Caucasus has worked with some of the industry leaders in Asia like Bow Steel, and Copper Tube headquartered in Shanghai, Hyundai’s Steel company in South Korea, Copper Cable in ·India, and Copper Tube in Vietnam. Currently Caucasus is engaged in supply to various far-east and middle eastern companies in partnership with AMECO trading in Bahrain. AMECO enhances our market coverage and capabilities in several areas of our trade, including scrap copper.

Caucasus supplies and provide professional services primarily in the non-ferrous metals area, its services include:

As stated above, Caucasus has served some of the world leading clients such as:

BT CABLES and AMECO TRADING have worked together to supply low current and communications cables in very complex projects with very stringent specifications and approval demands.

BT Cables Limited is a wholly owned subsidiary of BT Group PLC with manufacturing and commercial
operations in the UK that supports and supplies a Global client base.
Our comprehensive cable and accessories product portfolio enables us to service effectively many market
sectors including Telecommunications, Utilities, Infrastructure, Buildings, Industrial and Rail.
Cable manufacturing at our Manchester plant is steeped in history with the factory being continuously
operational for more than 115 years, this longevity brings invaluable experience and expertise which has seen
the operation evolve to what it is today – a world class, Industry respected cable manufacturer and supplier.
Our business philosophy is simple:

For a brief about BT Cables products click here: 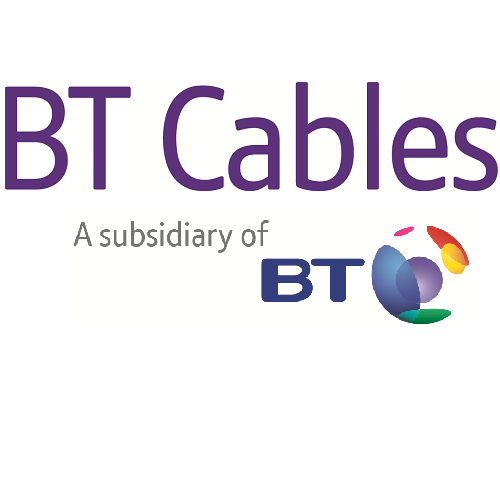